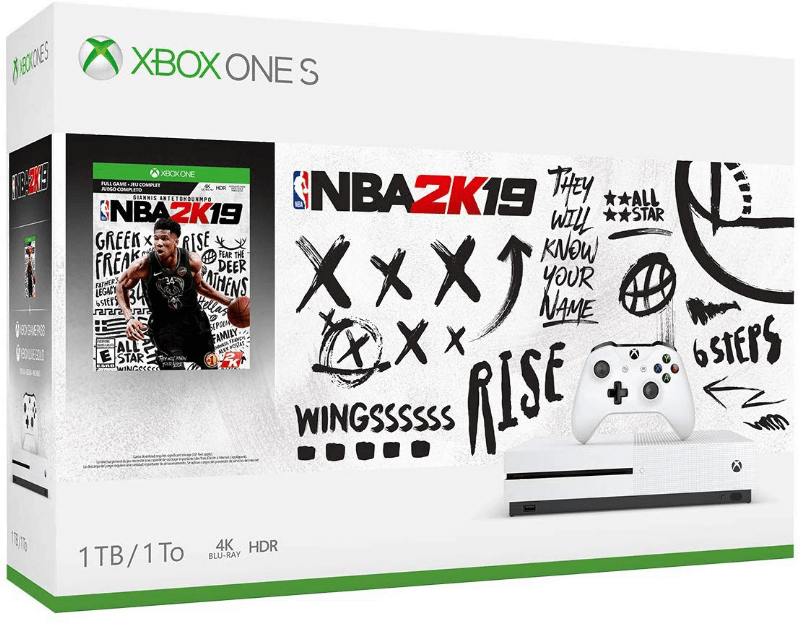 They Will Know Your Name on Xbox One S. Order the Xbox One S NBA 2K19 Bundle and immerse yourself in the excitement and culture of NBA basketball. Start your MyCAREER, explore your open-world "Neighborhood," and make a name for yourself on Xbox Live. Whether you're playing with instant access to over 100 games on Xbox Game Pass with the included 1-month trial, watching 4K movies, or streaming gameplay, there's never been a better time to game with Xbox One.