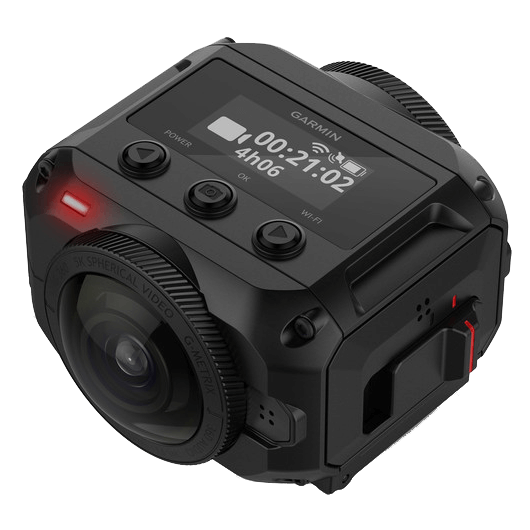 Secure the Garmin VIRB 360 Action Camera anywhere to capture or stream full 360° video. Two cameras with wide-angle lenses are contained within the body of the VIRB 360. Unstitched video can be captured in high-resolution 5.7K or 5K at 30fps as well as stitched, in-camera, for a 4K result. 5.7K video is generated by combining the 2880x2880 resolution of both camera feeds using the free desktop software. Practically speaking, your audience should always see a sharp image, regardless of where they're looking inside the video sphere. Audio from all directions is recorded using four microphones for a complementary spatial audio experience to the spherical video.